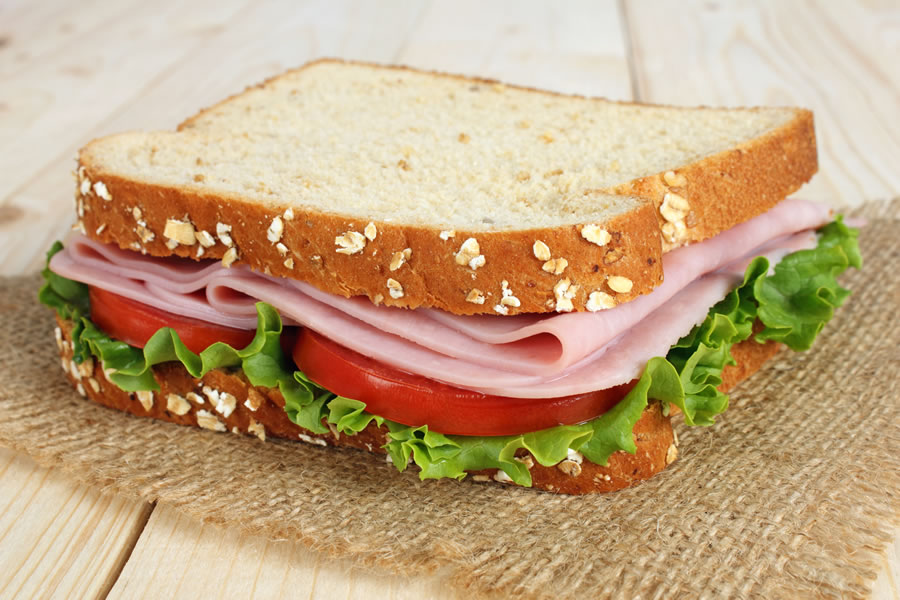 Millions of office workers are eating the same lunch every single day, according to a new study commissioned by Hain Daniels’ New Covent Garden Soup.

Researchers who carried out a detailed study among 2,000 adults found that a lack of inspiration, convenience and cost means millions of workers are tucking into the same sandwich or salad on repeat, and have been doing so for the last nine months. 58 per cent admit they feel they have had eaten identical meals for as long as they can remember.

And our affair with uninspiring lunches isn’t being helped by the fact that during the working week, Brits take a lunch break just three out of the five working days – and even then, they last an average of 32 minutes, with almost half of all workers eating their lunch at their desk.

The research, conducted on a sample of 2,000 adults, revealed that one in six admitted they’ve had the same lunch for at least two years now. As a result, a staggering 81 per cent of people are ‘bored’ by their lunch choices and three in ten even said other people have noticed and commented on their ‘boring’ lunches. It seems we know what we’re doing too, with six in ten admitting they could be more creative with their lunches.

One respondent has had the same box of chopped vegetables, tuna and a boiled egg every day for the last two years, while another admitted to eating a work lunch consisting of a ham sandwich, with a piece of fruit, every day since they started work – 20 YEARS ago.

According to the survey, it’s the ham sandwich which tops the list of most common repeat lunches, followed by cheese and chicken sandwiches, baguettes and a salad. Egg sandwiches, pasta and jacket potatoes are also among the lunchtime staples. (It’s worth noting, however, that British Sandwich Association research has consistently put chicken at the top of popularity tables when it comes to sandwich fillings, says Simon Ambrose).

Food psychologist Dr Becky Spelman commented on the findings: “People tend to be much more willing to experiment with their main meal of the day. Breakfast and lunch are often meals that bring out our inner conservative. Eating the same thing every day means we risk not getting a wide enough array of nutrients, as well as simply being very monotonous.”

The reasons for this lunch time malaise are clear: 72 per cent of people say they have the same meals time and time again because it’s easier, while another 45 per cent think it works out cheaper or more cost effective than mixing it up. Others put the same lunches down it being habit (37%), healthy (19%) or simply having no idea what else to have (19%).

Dr Spelman commented further: “Most of us wouldn’t want to always go on holidays to the same place, so why keep eating the same meal, day after day? Making small changes, such as trying something new for our lunch time meal, can – in a small way – help to open our mind to new experiences in other areas of life too! For example, some people limit their foreign travel to countries where they know they’ll find familiar foods. The world actually becomes a bigger, more exciting, place when we are more open to a wide variety of flavours”

“Even with little time or facilities, lunch doesn’t need to be a plain sandwich brought in from home and a little bit of creativity can help you to revive your lunch-life and find something which is convenient, varied, and healthy.”

Top five reasons for having the same lunch