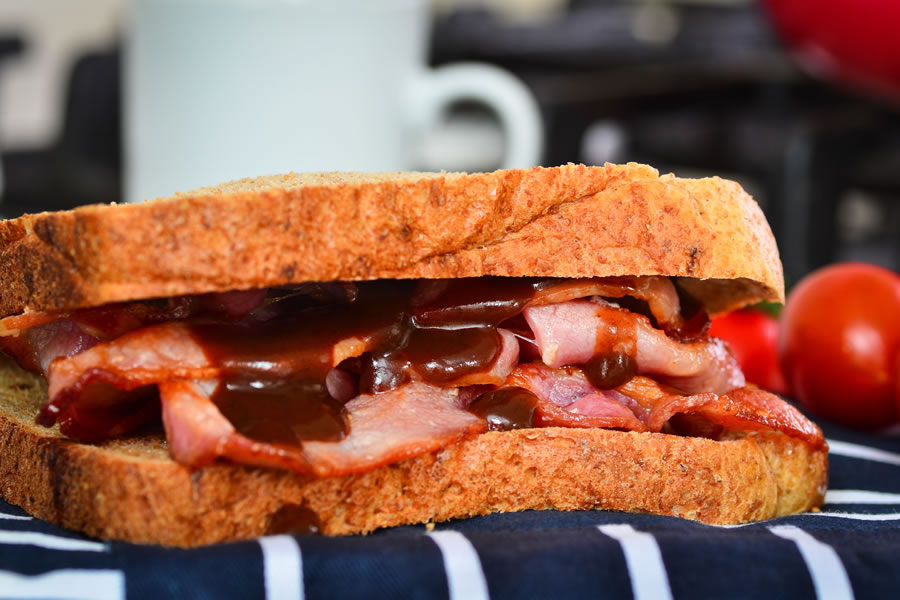 There are few things more British than the bacon butty, but the perfect sandwich and its composition have always been highly contested – however new research has finally uncovered the formula to the greatest British bacon butty.

Britons’ ideal sandwich is made of three slices of smoked bacon on a white bread roll with brown sauce, according to a survey of 2,014 UK adults run in conjunction with IronmongeryDirect’s nationwide hunt for “Britain’s Best Bacon Butty”.

44% of respondents said their sandwich would be complete with a squeeze of brown sauce compared to 36% who preferred ketchup. 11% selected their sandwich without sauce, while 4% admitted to choosing BBQ sauce.

A quarter of Brits (24%) like their bread toasted when constructing their perfect sandwich, while 43% butter their bread before filling their sandwich.

What people call the bacon sandwich is also a matter of question divided by region. Those in the South commonly called their sandwich a bacon bap or roll, those in the midlands opt for cob, while those in the North West say barm.

Scottish residents are also known to call their bacon butty a bridie, buttery or rowie, with the research revealing they prefer sliced white bread (53%) rather than a roll (48%).

Wayne Lysaght-Mason, managing director of IronmongeryDirect, said: “We all agree that a bacon butty is a great way to start the day, however what we put in it is always up for debate. Reviewing the findings of our research proves how passionate we are about the great British breakfast staple, and how constructing it is a fine art.”