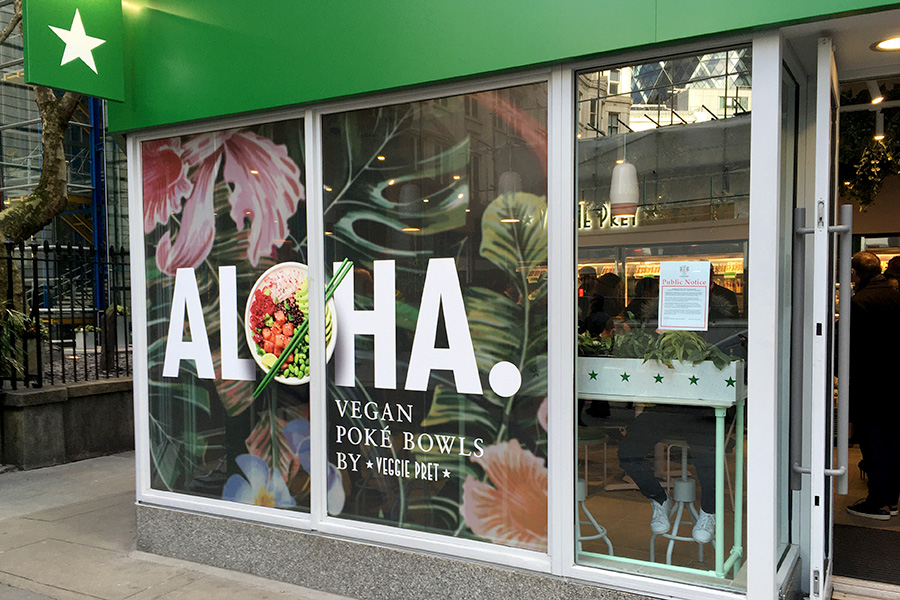 We take a look at the past month and highlight developments to be aware of across the sector.

Veganuary 2019 was a major landmark in the profile of plant based options across the UK. 2020 took this on even further, with a flurry of plant-based options hitting the market. Perhaps among the most notable were new ranges from the Co-op (GRO) and a major menu launch from veggie Pret, now trading from six stores across London and Manchester. The Co-op GRO range comes off the back of Co-op experiencing 12% growth across vegetarian products in the past 12 months. It includes 35 lines, andwhile not all are food-to-go focused, the 35 strong range has been developed with on-the-go consumers in mind and offering a range of solutions across breakfast, lunch and dinner. The Co-op made the announcement at the same time as announcing a significant upgrade to its online activities, extending its same-day online city centre delivery well beyond its current delivery focus in Manchester and London, to include new locations, with Brighton, Bournemouth and Southampton among the first to benefit. Alongside this Co-op will also expand its partnership with Deliveroo to cover 400 stores across 100 towns and cities.

For veggie Pret meanwhile, January brought its bigger ever menu launch. 15 new vegan lines were introduced as part of a 19 line launch, which included smoothie bowls and watermelon poke. Across the market a key trend was the rollout of plant-based burgers, for example with Burger King's Rebel Whopper. Interestingly because of how it is cooked,the product itself is not suitable for either vegans or vegetarians, signalling the key driver behind growth in this market right now - flexitarianism, or rather meat eaters choosing to forego meat more often.

Greggs’s trading performance in the run up to Christmas was a standout one in a high street on which many retailers returned lacklustre trading performances. A like for like sales growth of 9.5% is impressive under any conditions, but is particularly standout in an environment in which consumers were generally cautious over  spending. Greencore meanwhile signalled its strengthening focus on food-to-go in its Q1 results, with growth of 4.5% impressing well ahead of the broader 1.8% growth for the group, as CEO Patrick Coveney reinforced the commitment of his business to the 'diverse attractive and fast-growing UK food-to-go market'. Caffè Nero meanwhile reported results for the year to May 2019, where a positive impact from new food ranges and a focus on international expansion helped to deliver sales growth of 11% at a total level and 3% on a like-for-like basis.

Alongside plant-based and healthier options, a key trend for 2020 is the rise of sustainability as an integral part of doing business. And some of the UK’s leading retailers have made important commitments in this area in January. The Co-op, at the start of the month, unveiled a major new programme, including a switch to 100% own-brand recyclable packaging, alongside the largest-ever UK-wide scheme to recycle plastic film. Sainsbury’s meanwhile has set a zero emissions target for its business by 2040, committing £1bn of investment towards meeting this goal. Tesco meanwhile has committed to remove 1bn pieces of plastic from its private label products by the end of this year. Clearly, this all forms part of a growing wave of activity in this space, with food-to-go speciaists also increasing their focus on this area at pace.