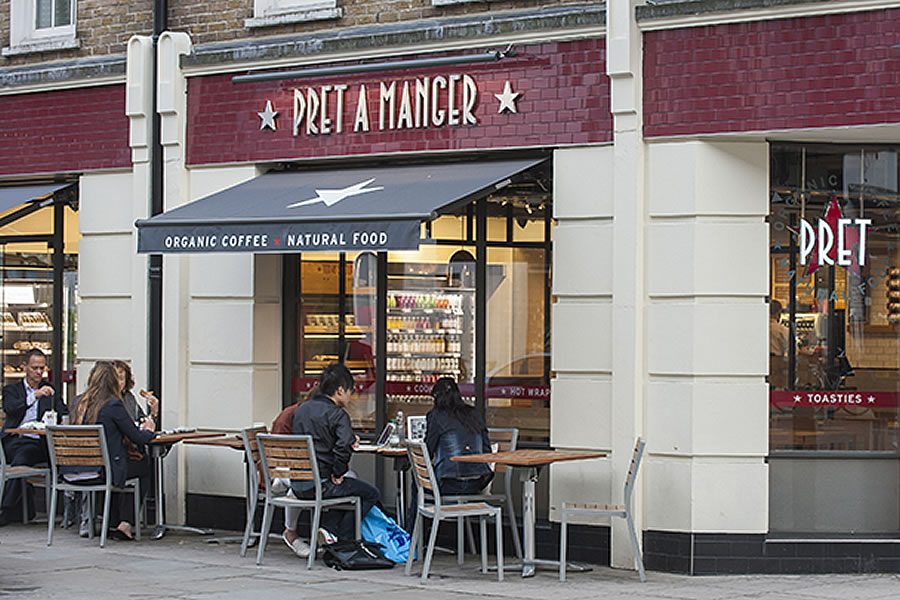 Staff churn and recruitment is becoming a mounting problem for sandwich bars, fuelled by EU national Brexit concerns and a lack of British applicants for jobs.

Pret A Manger is now planning a recruitment drive to boost the percentage of British staff working for the chain as the numbers of EU nationals applying for jobs diminishes.

The scale of the problem was revealed at the House of Lords Economic Affairs Committee which heard that Pret will struggle to fill jobs if they can only hire British applicants in a post-Brexit environment.

Pret A Manger’s HR boss Andrea Wareham told the committee that only one in 50 people applying for jobs at the sandwich chain are currently British. "If I had to fill all our vacancies with British-only people I would not be able to fill them because of the lack of applications."

While 65 per cent of it non-British workers are European, staff actually come from 110 different countries, she said.

Could numbers be boosted by increasing the starting salary  - just £16,000 currently, asked the committee? Wareham said that Pret staff can increase their salary to £45,000 including bonuses "within a few years", reported City AM.

"I actually don’t think increasing pay would do the trick.

"We do pay well above the National Living Wage. We have great benefits and we offer fantastic careers," she said.

“It has got a lot worse in the last year and a half and that means we have had to work harder to be the workplace of choice. We saw a fall in the number of applications immediately after the Brexit vote; it’s still manageable but not good news if the youth of Europe don’t feel they want to work in the UK.

“The number of UK nationals applying for our jobs is tiny – around two in every 200 - they just don’t want to do this kind of work! So, we will just have to try and manage it and make sure we attract and keep the staff we have.

“To do that we organize more social evenings, and we have enhanced lunch and breakfast hours and our pay scales and bonuses. But ultimately it’s also the little things like making the environment welcoming for them.”